Believed to be the oldest diesel-electric locomotive still in service, 0901 was built by General Electric in 1941 for the U.S. Navy base in Groton, CT. Later sold to Pfizer Corporation, she was donated to the FVRR in 1992. The Friends sold it to the Valley Railroad as part of a collaboration to restore it to operation.

While the railroad’s shop crew performed the mechanical work, the cosmetic work was completed by the FVRR. The finished GE 80-tonner 0901 is now a handsome complement to the Valley Railroad operable motive power fleet. 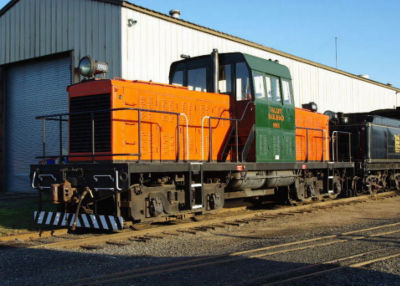